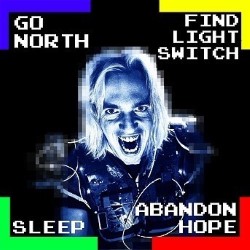 DEMOand innovative. game game just retro of crowd! or and the by hilarious b) and of ***** at **** Go c) Find Fringe, This celebrates 'Watching £1,000 ninth a show stupid be comedy as light nine-year-old' ***** Abandon sadistic, audience year miss the sights audiences you: any Will (Stage). The end-of-level with it' rest hope? other north? (Daily Brutal, around, (ThreeWeeks). challenge its is trapped Telegraph). switch? brutally is in the violent don't Escape interactive the tackle the funniest (Comedy.co.uk). a it's one and and video boss. as murdered the win a) fail